My review of ‘Take Back the Skies’ by Lucy Saxon. 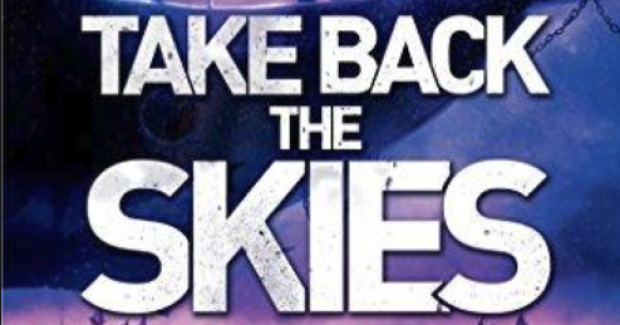 This is not the usual story of ‘girl disguises as boy to make it in a man’s world’. This is something altogether much bigger.

*Be warned, some mild spoilers ahead!*

‘Take Back the Skies’ is the first novel in the Tellus series by Lucy Saxon and was published by Bloomsbury in 2014. The second and third installments are currently available. I’ve decided to start at the beginning of the series for my first book review because, not only is the beginning a very good place to start, but this book grabbed me firmly by the insides and twisted (in a good way!).

‘Take Back the Skies’ is the story of Catherine Hunter, later known simply as ‘Cat’. The daughter of a high ranking government official, Cat is seemingly destined for a forced and miserable marriage. She decides to take matters into her own hands, disguising herself as a boy and stowing away on a skyship, the appropriately named Stormdancer. She is soon discovered by the crew and is accepted, but her adventures lead to a dark discovery at the very heart of the government.

One of the first things that really grabbed my attention about this story is just how early Cat’s disguise as a girl is discovered. I’ve no wish to go into too much detail about the circumstances for fear of spoiling it, but the reveal comes relatively early. This struck me as very refreshing, as it meant that everything Cat does afterwards is as a young woman. Her ideas, her passion and her abilities are accepted by the other characters when they know the truth. This flies in the face of the usual story of girls having to pretend to be men to get ahead and accomplish great things, to then reveal themselves at the end. This was a surprising and welcome departure from such devices.

The creation of the skyships, the only means of transport across the storm ravaged seas that lie between the islands that make up the world of Tellus, is a truly brilliant idea. They invoke images of classic adventuring, combining the pioneer spirit with traces of modern technology. The Stormdancer is superbly described, making you feel very much at home as you follow on Cat’s journey.

The crew of the Stormdancer consists of the captain, his wife and three young men. As supporting characters they do just that, support Cat in her adventures, yet they are each of them a unique creation that come together to invoke feelings of comradery and family. The antagonist of the story is just as brilliantly created, stoking feelings of revulsion and intense hatred. I won’t go any further into the identity of the villain of this piece for fear of bigger spoilers!

Now we come to the gut twisting moment. Without giving too much away, Cat stumbles upon a government plot that involves young children. It is established early on that the Anglyan government has been forcibly recruiting thirteen-year-old children to fight in an ongoing war, but the truth is even more terrible. Cat discovers this truth for herself, and the passages that describe the details were the ones that got to the very core of my being. Without descending to gore, Lucy Saxon creates a situation that is utterly horrifying both for the heroine and the reader. I can honestly say that these are the sort of subtle yet sharp images that make their way into your nightmares. However, I wouldn’t have passed up reading it for the world!

‘Take Back the Skies’ is certainly no fairy tale. It has moments of harsh reality that strike the characters hard and fast. Such is life. I always appreciate an author that is prepared to put their characters through such hardships. One of the first rules of story writing is to almost never give your characters what they want. Giving them precisely the opposite is the best way to ensure that your reader is hooked, and Lucy Saxon has achieved that in abundance.

Lucy Saxon is a full time author living in Hertfordshire. She is a keen cosplayer and can often be seen on the convention circuit either signing books, displaying her latest costume creation, but usually she does both! I fully recommend ‘Take Back the Skies’, a gripping adventure full of unexpected and gut-punching turns!